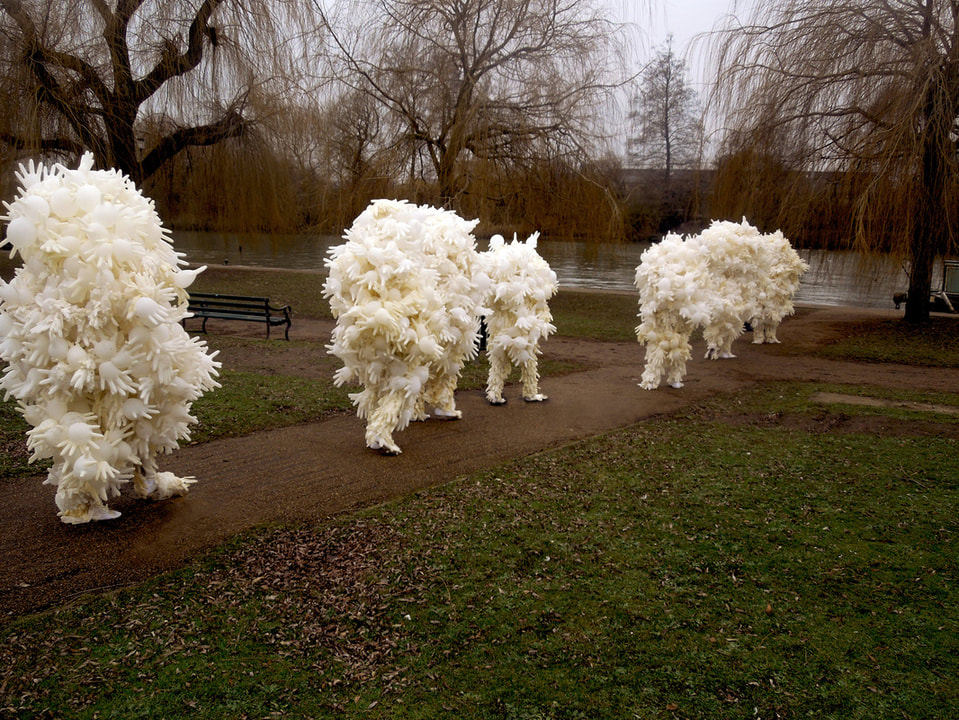 ​Phalanges appear in different locations naughtily disrupting the flow of people in cities or wandering where the whim takes them, often spending time in nature. They shuffle, jump around and make a rubbery sound, shedding gloves as they move.

​Phalanges, a term for the long bones in hands and feet, derived from the Greek word Phalanx, a military formation, put a finger up at a society premised on order and cleanliness. Grabbing hands suffocate the body in perpetual commodified desire - their protruding nature pointing to patriarchal power. Questioning perceived threats from conditions of 'Otherness', Phalanges address alienation within individual and collective identity, as well as resonating with the destructive nature of disease - their production having originally coincided with the Ebola epidemic - and related socioeconomic complexities. Each costume is composed of around 1000 mass-produced latex gloves which contrasts with the laborious hand-made production methods of sewing, inflating and tying. Individuals become anonymous under the surface allowing them to behave in different ways; some express cheeky aspects of their personality, a few act outrageously and out of character while others move more timidly. Through improvised performance, a once clinical protective material now infectiously wobbles as the everyday becomes ominously unfamiliar – and the modern hand semi-monstrous. ​
Film: Rosie Cooper 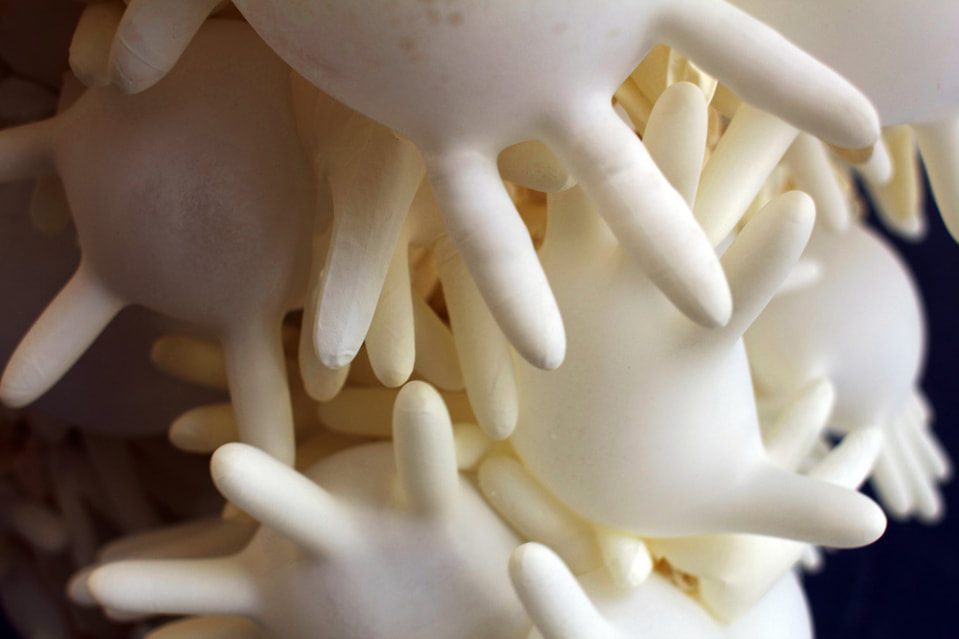 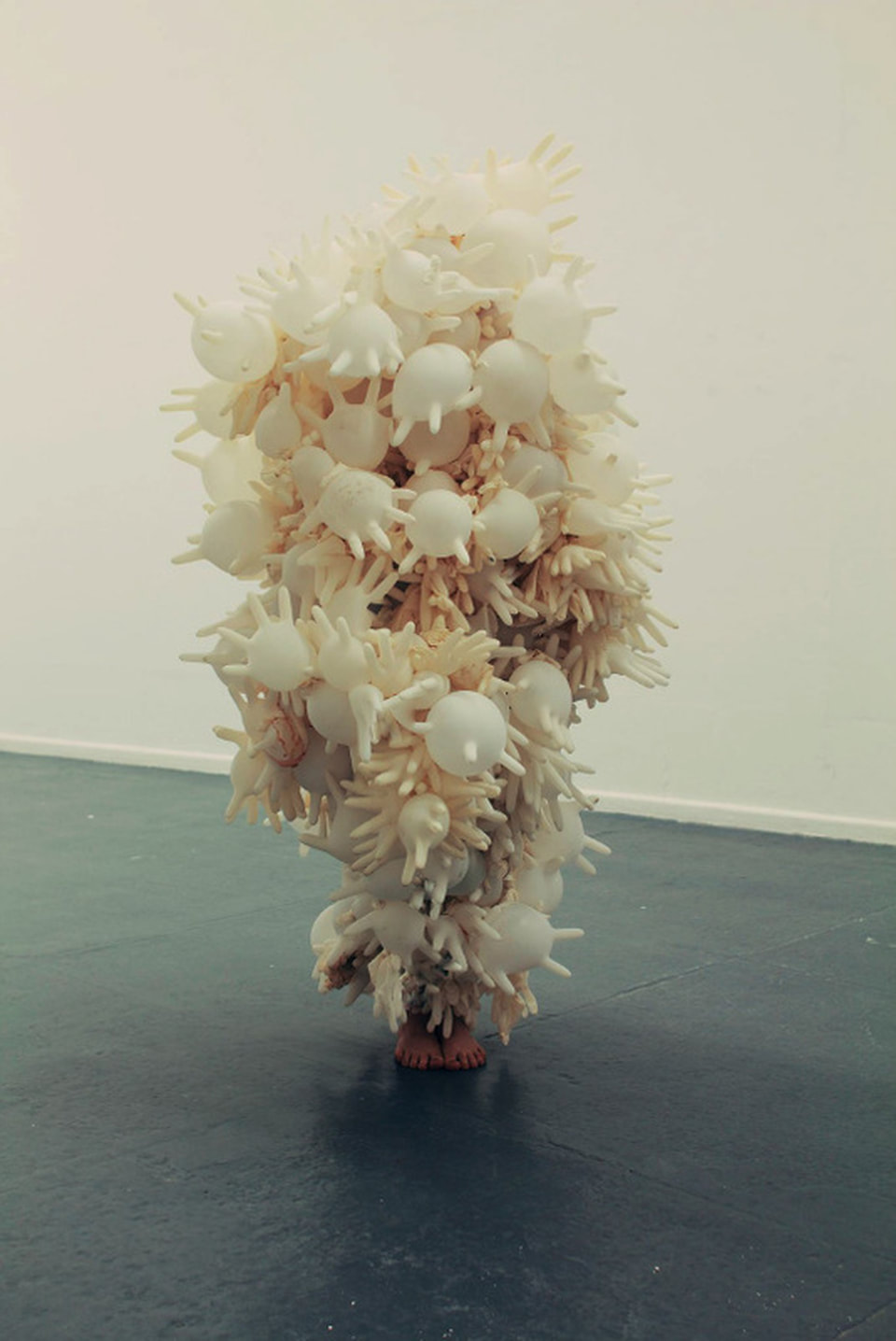 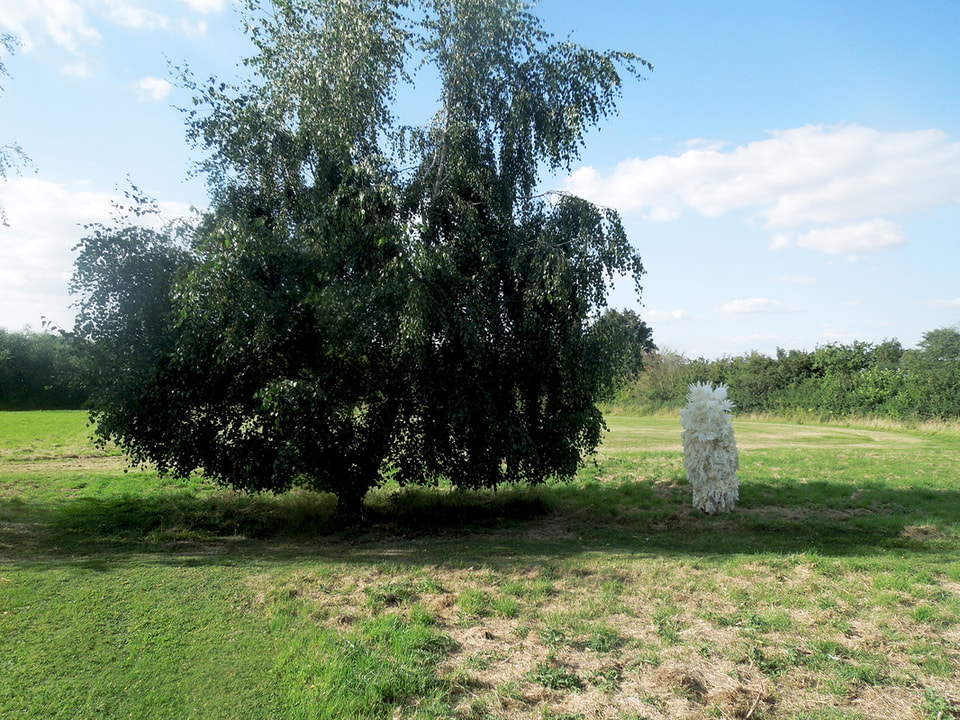 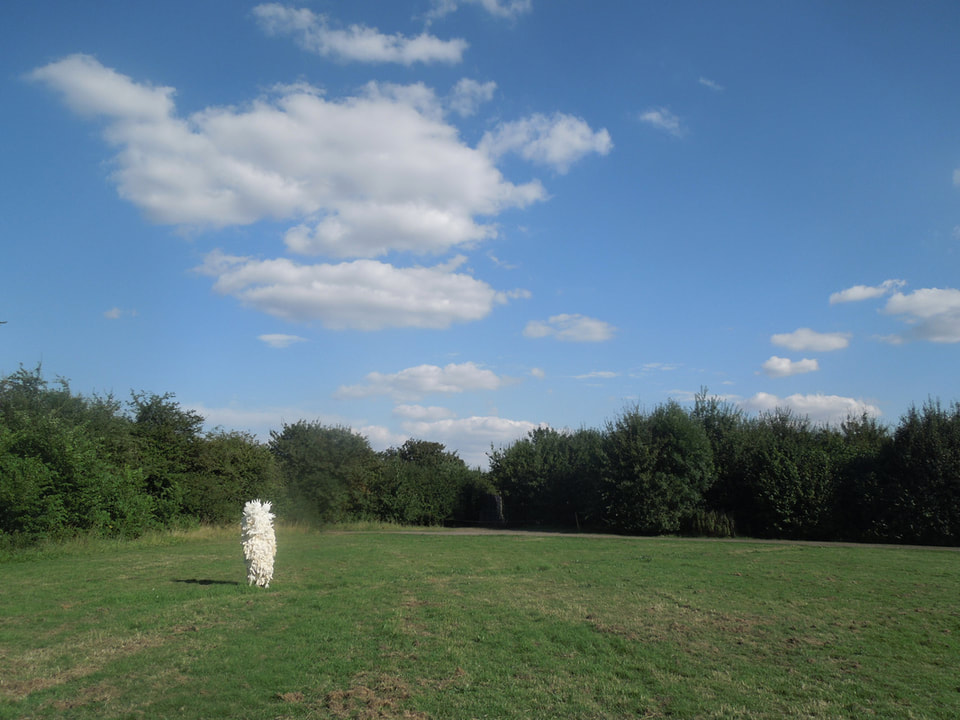 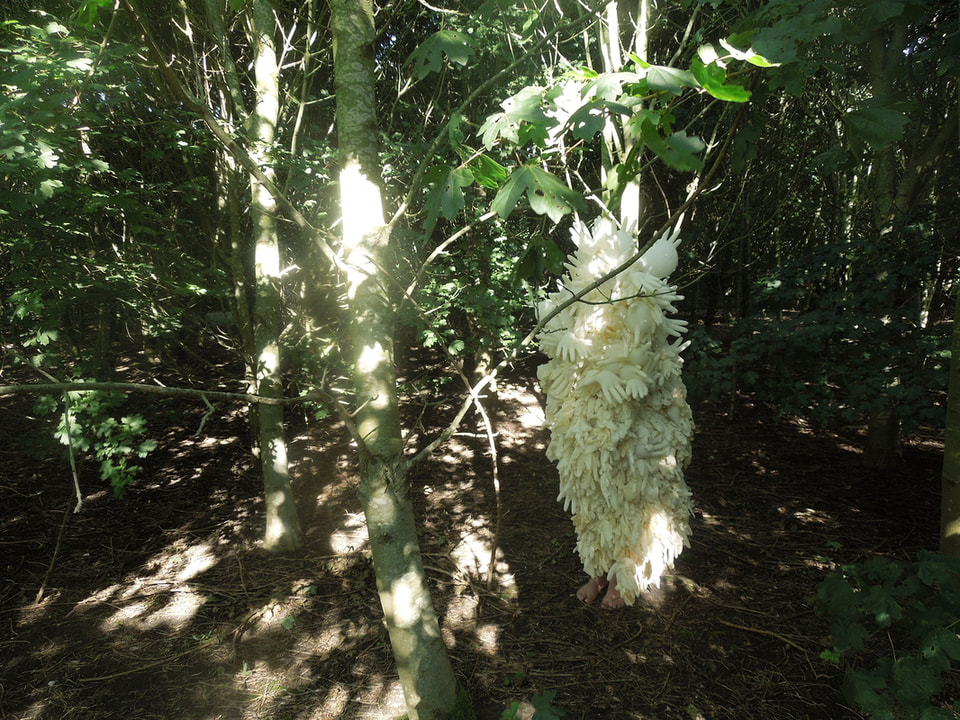 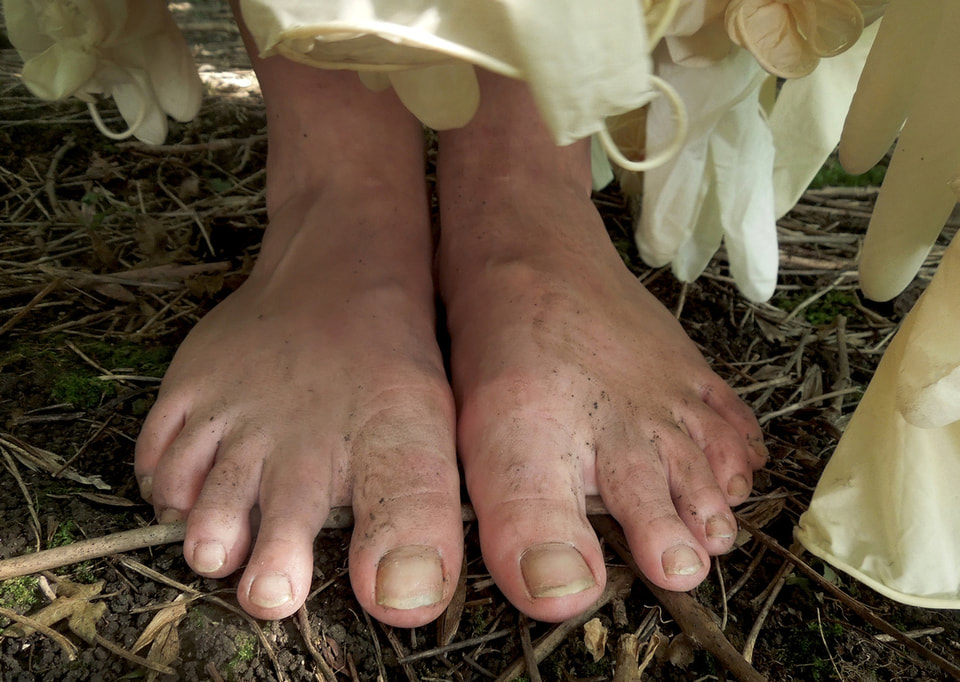 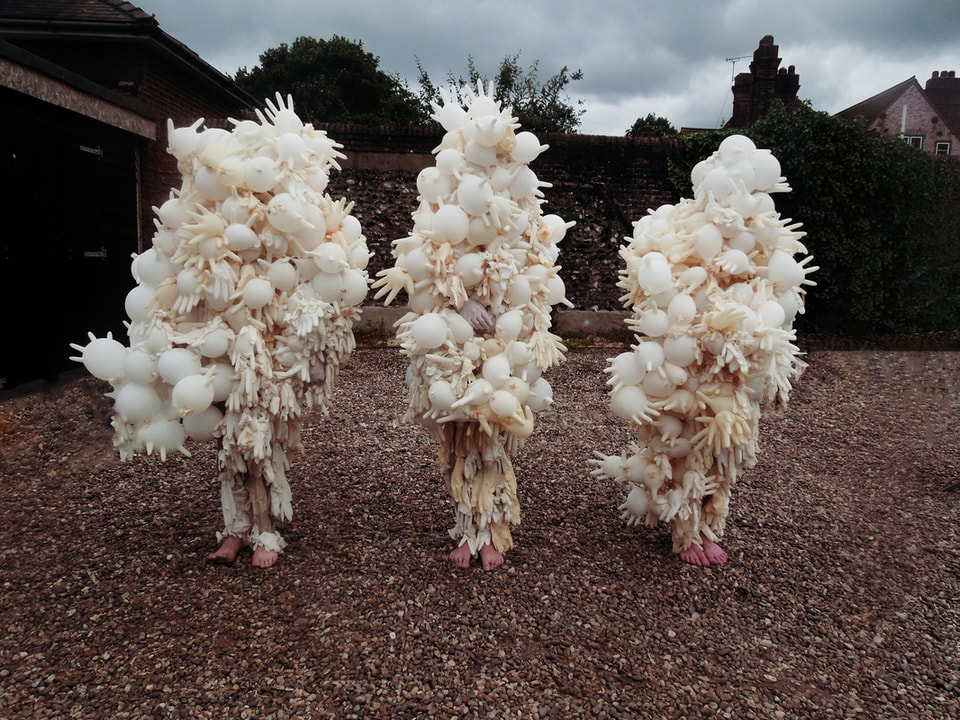 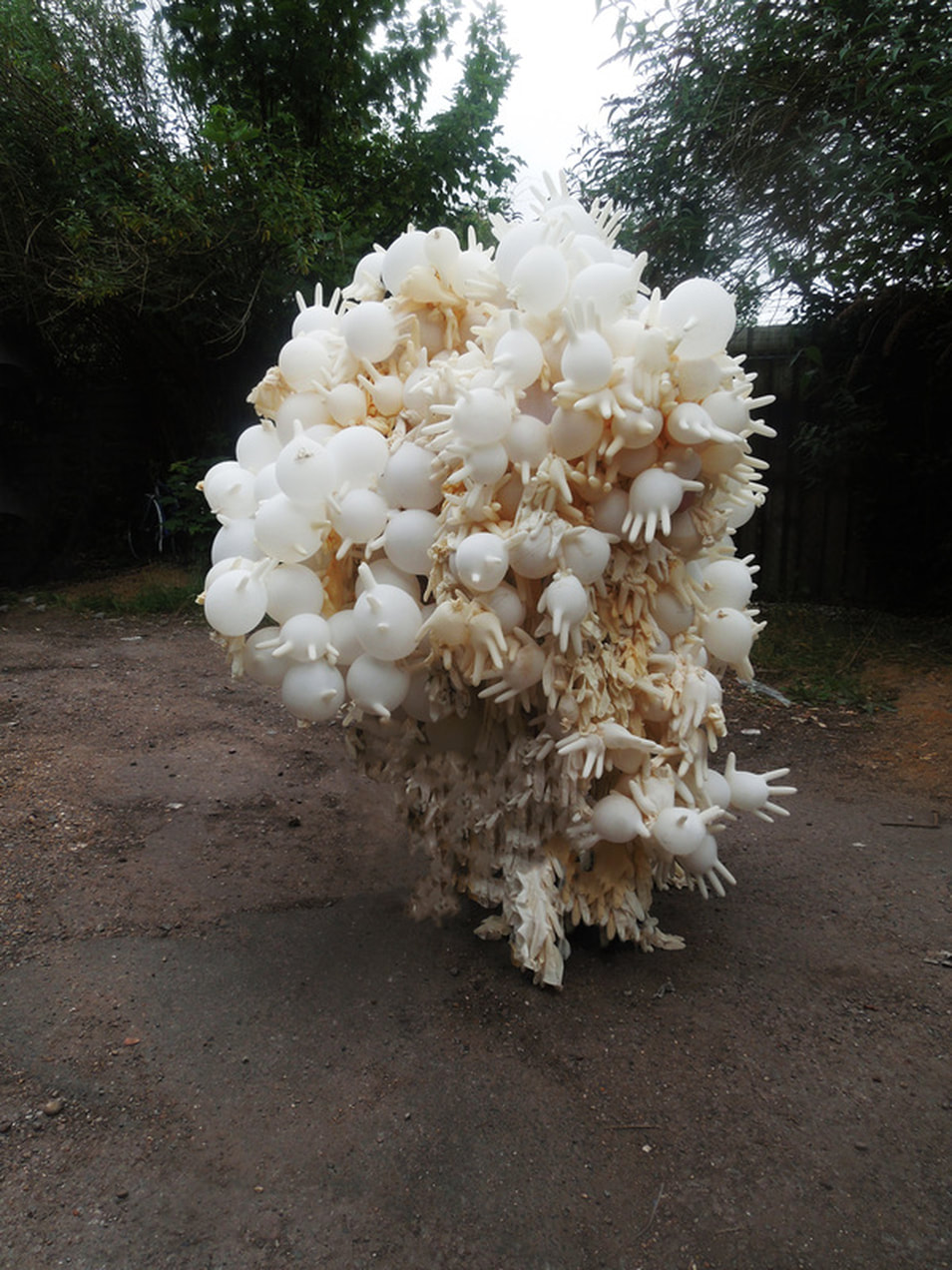 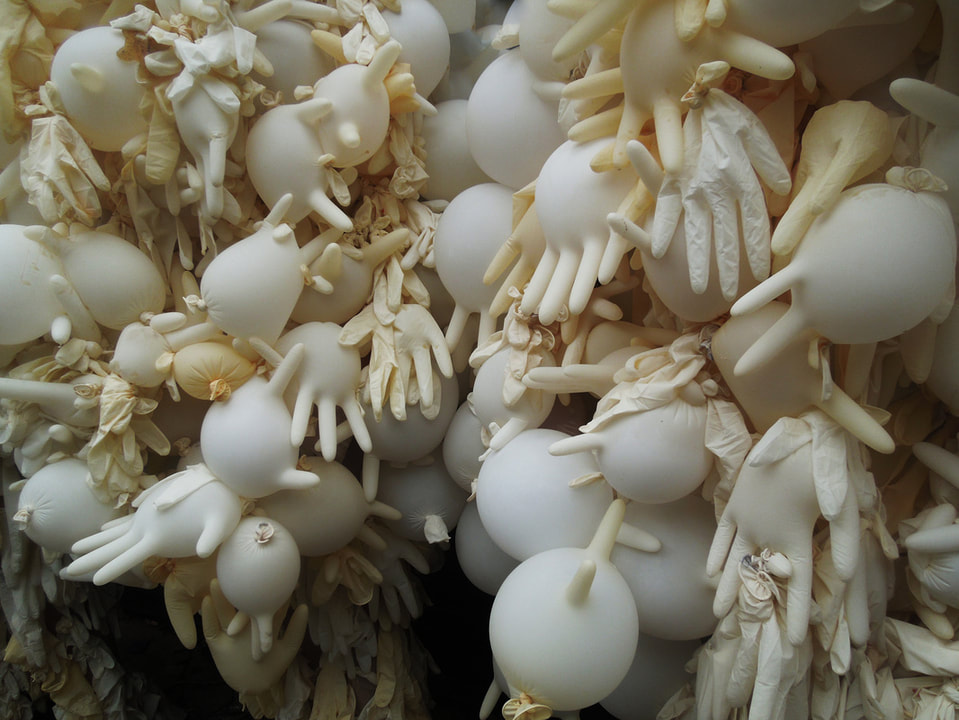 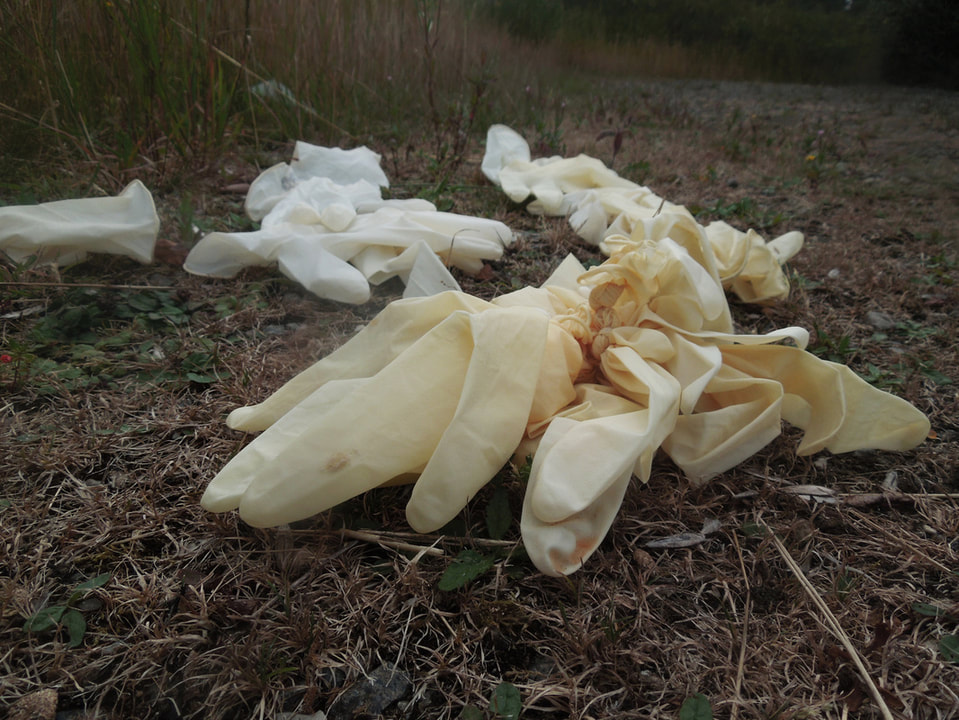